Pittwater Camera Club
If you have any items of interest that you would like to share with your fellow members please email Bill at bill@peninsulareflections.com.au. 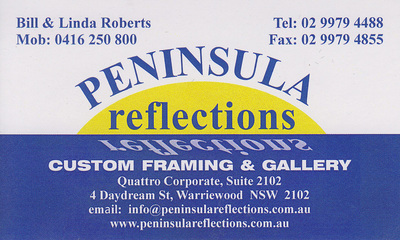